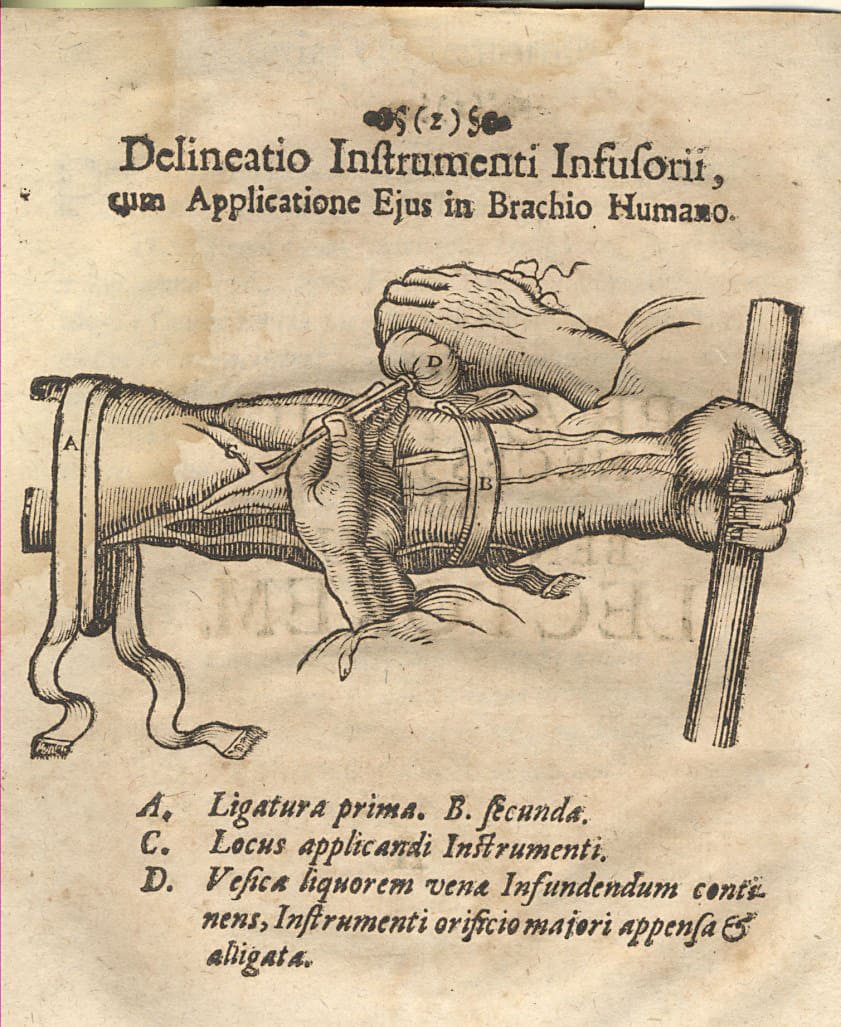 Major, a native of Breslau, Germany, received his second medical degree at Padua in 1660. He practiced medicine at Hamburg and Wittenberg before being appointed the first professor of medicine at Kiel in 1665.

Major was a physician, a naturalist, collector, and founder of museology.

There is some controversy with regard to priority in blood transfusion, but Major may be clearly credited with the first successful injection of a medicinal substance into the vein of a human in 1662. In the Prologue to this work, he explains his general intent and illustrates with a striking woodcut his method of performing intravenous infusion. In the Prodome, he reviews the work of other investigators who used animals and substances such as wine, water, and poisons in their experimentation with transfusion.

Major also argues the merit and originality of his own work with humans. His work included both blood transfusion and the injection of medicinal substances. Also included in the book are letters to Major from contemporaries who criticized his work and compared it with their own research. Major discusses their arguments and provides substantiation for his work.