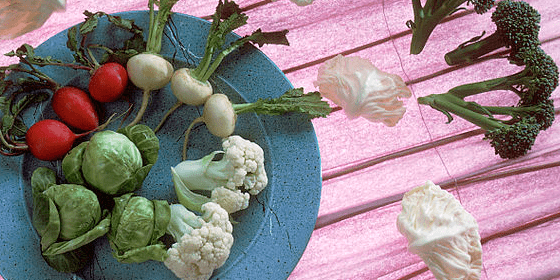 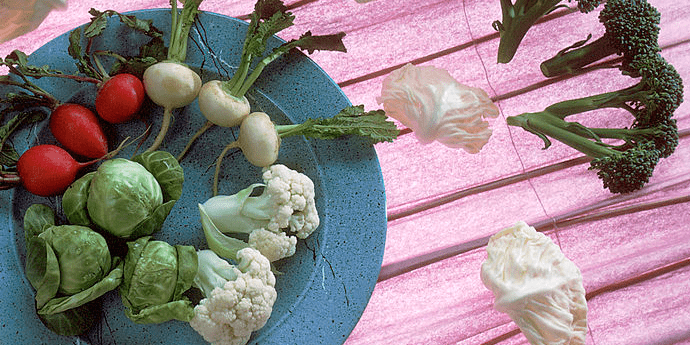 To do a PubMed search for cruciferous vegetables that includes such species as Radish and Arugula, each species must be done separately.

In order to do successful searches for cruciferous vegetables in PubMed, it helps to know exactly what “cruciferous” means, which makes it easier to understand what vegetables are considered “cruciferous” and the botanical relationships among them. We have discussed these topics in a companion article.

In general, cruciferous vegetables are considered to be any plants in the family Brassicaceae that are edible. Most of these, especially the more popular ones (cabbage, broccoli, cauliflower, brussel sprouts) are in the genus Brassica. A few others are in other genera in the family, the most notable being Radish (Raphanus), Daikon (Raphanus), Arugula (Eruca), Horseradish (Armoracia), White mustard (Sinapis), Garden cress (Lepidium) and Wasabi (Wasabia). With most edible members of the family Brassicaceae being in the genus Brassica, then, searching for that genus works well for most cruciferous vegetables. But without including the MeSH terms for all of the other edible genera in the family, there is no easy way to do a comprehensive search for them as a group.

With edible species in several genera in the Brassicaceae family, it might seem like a way to include all of them would be to search for the family name, since it’s an explosion that contains all of the genera in the family. We have seen this done by MeSH indexers in some cases, but it has problems. For one thing, the family is very large, containing 372 genera, so searching for the family name can retrieve many inappropriate citations. This is especially a problem because one of the genera in the family is Arabidopsis, a very commonly used research subject in plant genetics, having nothing at all to do with nutrition. Arabidopsis is something like the Drosophila of the plant world. So of course searching for the exploded MeSH term Brassicaceae gets a flood of articles on Arabidopsis; approximately 80% of all articles retrieved from this search are indexed to the narrower term Arabidopsis.

Because there is currently no way to search for cruciferous foods as a group, we would suggest that NLM should add a new MeSH term <cruciferous foods>. This would not only put all of these foods under one term, it would also provide a term to use for articles that use the term itself in the title or abstract.

Image at top of article is from Wikipedia.