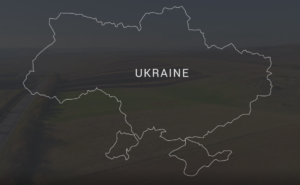 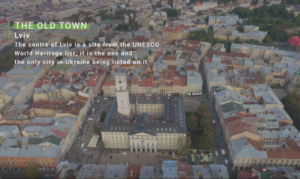 Local libraries are teaming up with the Iowa City UNESCO City of Literature to celebrate Ukraine during the week of June 13.

The “Stories from Ukraine” project is a series of videos that offer a chance for viewers to better understand Ukraine, its rich culture, and its people. The project is a collaboration between the Lviv Public Libraries, the Lviv UNESCO City of Literature, Ukraїner, and the Ukrainian Library Association. It is being presented in Johnson County in partnership with the Iowa City UNESCO City of Literature, the Iowa City Public Library, the Coralville Public Library, the North Liberty Community Library, and the University of Iowa Libraries.

The four local libraries will show the videos in their public spaces for free during the week of June 13. Each video is between one and two minutes in length, and highlights a town, attraction, or region in Ukraine.

The videos were created between June 2016 and October 2018, and cover all 16 historic regions of Ukraine. The organization Ukraїner sought to capture stories from these areas to share with Ukrainians who had moved from rural to urban regions or who had emigrated from the country. With the increased interest in Ukraine after Russia began attacks in spring 2022, the series became an opportunity to teach the rest of the world about the country.

Lviv, in the west of the country, and Odessa to the south, are both UNESCO Cities of Literature. They have asked colleagues in other Cities of Literature around the world to help share their story. Here in Iowa City, we continue to seek ways to support our fellow Cities of Literature, and know that learning about Ukraine is the best way to start. See a sample video below from the historic Galicia region of Ukraine, which is home to the city of Lviv.

At the University of Iowa Libraries, “Stories from Ukraine” videos will be screened on a continuous loop in Group Area C in the Main Library’s Learning Commons between Food for Thought Cafe and the Service Desk. All are welcome to drop by any time between June 13 – 17 during open hours to watch the videos, which include music and captions but no spoken words.

Individuals with disabilities are encouraged to attend all University of Iowa–sponsored events. If you are a person with a disability who requires a reasonable accommodation in order to participate in this program, please contact Sara Pinkham in advance at 319-467-1805 or sara-pinkham@uiowa.edu