Why did the Civil War, which ultimately ended slavery, also see northern whites deeply invested in sustaining racial hierarchies?  How and why do white medical practitioners in the Union army and in northern civilian relief efforts engage in efforts to advance the notion of race as a biological and hierarchical construct?

White medical practitioners and military officers attempted to document what they believed to be the immutable, hierarchical characteristics of race.  That contradiction–a war for emancipation generating greater belief in medical and scientific racism–challenges our ideas about the consequences of the war and the development of wartime medical science.

Professor Schwalm is a historian of gender and race in the nineteenth-century U.S., and her research focuses on slavery, the Civil War, and emancipation. She is Chair, Gender, Women’s, and Sexuality Studies and with Professor, History.  Profile 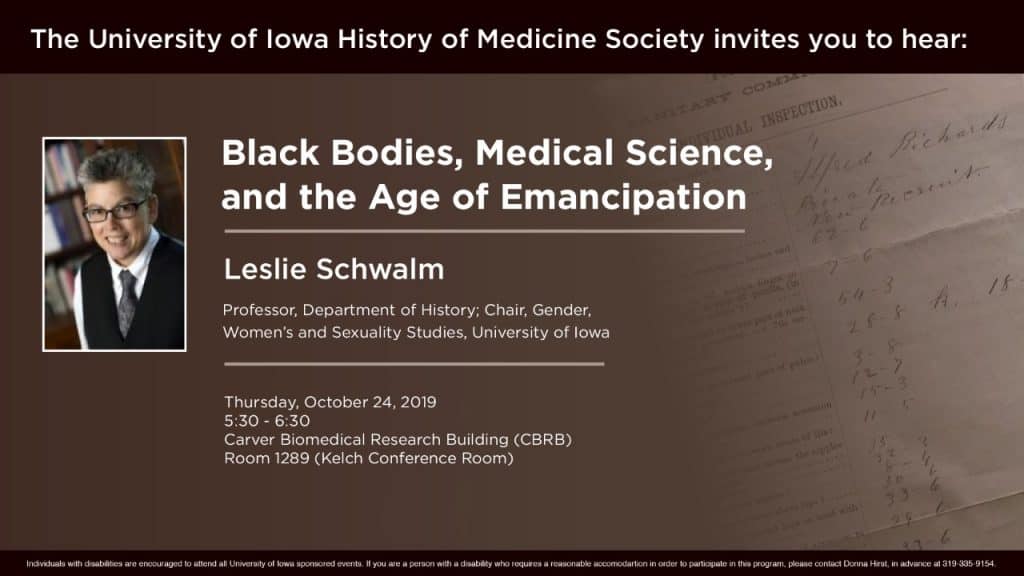