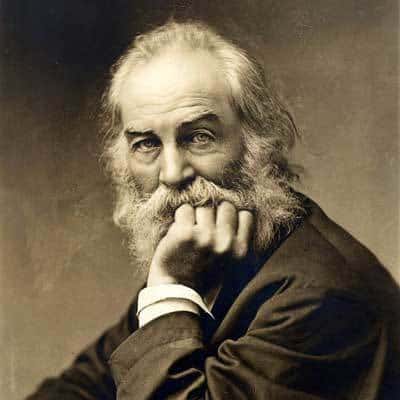 On Friday, Oct. 23rd, the Digital Scholarship and Publishing Studio hosted the fourth DH Salon of the semester. I was very glad to welcome an enthusiastic group of faculty, staff, and graduate students to the Studio for my presentation, “From Periodical Page to Digital Edition: The Walt Whitman Archive’s pre-Leaves of Grass Fiction Project.” The goal of this project, which is funded by the National Endowment for the Humanities, is to make Walt Whitman’s early fiction easily and freely accessible on The Walt Whitman Archive. For this project, my co-editor Nicole Gray (University of Nebraska-Lincoln) and I have been working to create a digital edition of Whitman’s fiction.

Most people know Walt Whitman as America’s poet and the author of Leaves of Grass, a volume of poetry first published in 1855. But when the poet was in his 20s, he wrote a temperance novel Franklin Evans; or, the Inebriate. A Tale of the Times and about 25 pieces of short fiction, all of which were first published in nineteenth-century newspapers and magazines.

The holdings of the University of Iowa Special Collections include several periodicals that published Whitman’s fiction. I collaborated with Special Collections Librarians to create an exhibit of these items to accompany my talk. Audience members were able to see Whitman’s temperance novel and his first short story in the periodicals. I discussed some of the major editorial decisions, as well as the process of text encoding that lead to the production and publication of the digital edition.

Audience members explored the digital edition of Whitman’s novel and got a preview of the short fiction that is still being edited for publication on the Archive in the summer of 2016. They were also able to interact with two of the Archive’s newest features, a bibliography of the printings and reprints of Whitman’s fiction and a map charting the circulation of the stories across the United States and around the world. These elements of the digital edition are based, in part, on five years of my research, which has revealed several new discoveries, including approximately 350 previously unknown reprints of Whitman’s short fiction in newspapers and magazines and the earliest known printing of at least one of Whitman’s stories.

The question and answer session following my talk was an incredibly valuable experience. My colleagues asked thoughtful questions and generously offered suggestions for future work on the project such as adding a time slider to the Whitman Archive’s current map of the printings and reprints of the fiction and using network analysis and data visualization to further examine the circulation of Whitman’s fiction and its relationship to his early journalism.  I am grateful for this feedback on our digital edition, and I am excited to continue exploring the publication history and circulation of Whitman’s fiction.