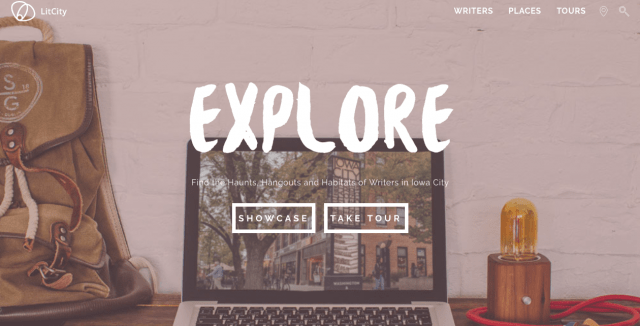 For nearly a century, promising writers, many of whom have gone on to be well-known for their work around the world, have called Iowa City their home at some point in their life. It should come as no surprise that in 2008, this beacon for the written word was designated as a City of Literature by UNESCO Creative Cities Network, the first in the United States. Since that time the Iowa City UNESCO City of Literature organization in conjunction with the University of Iowa has been engaged in the development of the LitCity project. 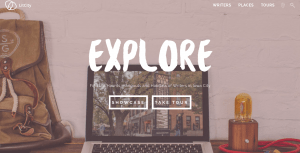 The LitCity project is a digital library and website which features and highlights important Iowa City literary landmarks, including locations where writers lived, worked, gave readings, socialized and were inspired by the town. The site comes equipped with a mapping component for users to pinpoint certain locations in town where these writers spent time writing and socializing in town. This technology allows you to locate places such as where Kurt Vonnegut resided while living in Iowa City, or how Flannery O’Connor considered St. Mary’s Church on East Jefferson Street a home away from home. Essentially, LitCity takes us on a virtual tour of the town, while getting to know a little bit more about the lives of these literature icons.

Using Iowa City as a local level phase of the project, the team behind LitCity hopes this will act as a framework for other literature hubs around the world, are able to customize the app to allow visitors and residents to explore some of the haunts of hangouts in their area that writers have spent time in. For instance, Dublin, Ireland might install the Web-App system and customize it for their own cultural industry and — utilizing the research framework and toolkit developed in the initial phases at the University of Iowa — create their own site-specific map for the humanities-based points of interest of their specific community. 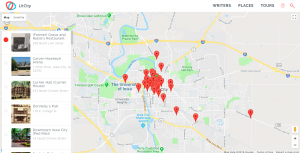 Guests in Iowa City this week taking part in the 2018 Annual Meeting of the UNESCO Cities of Literature will be among the first users of the new LitCity project as they explore literary Iowa City during their stay. 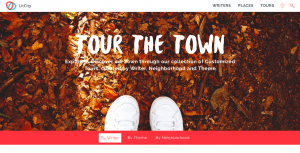 So whether you live in the area currently, have visited, or have never even stepped foot in the Corridor, LitCity wants to enrich the knowledge of your surroundings and take you on a virtual walk through the places that shaped these writers’ work and maybe even inspire you to get started on that novel!