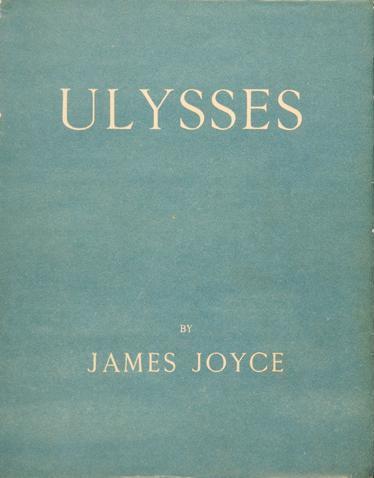 With Professor Amanda Visconti in town this week as part of the University of Iowa’s NEH Next Generation Humanities Ph.D. Planning Grant, I wanted to reflect on the importance of her Infinite Ulysses project for literary study in general and Joyce studies in particular.

In 2015, Amanda Visconti did something that many Joyceans had often considered but never fully realized: she invited the public to annotate a public, web-based, and full-text version of James Joyce’s Ulysses (1922). For decades, scholars had struggled with the notoriously irascible Joyce estate and its policing of copyright, access, and articulation where Joyce’s writings were concerned. The past thirty-plus years are littered with wonderful projects—some digital, some not—that bear the strain and scars of policy and litigation.

By 2012, however, Joyce’s novel could now circulate in ways that its author (arguably) had hoped it would. That year, Ulysses exited copyright and returned anew to the welcoming embrace of the public—a public that is its subject; a public for whom it was written; a public that can now in turns, be informed by and inform the text.

When Amanda Visconti, as a graduate student, began work on her project, she entered into a long line of digital projects that sought to remediate aspects of Joyce’s work. Some of these projects were annotative in nature; others sought to echo the experimental aspects of Joyce’s writings. In her excellent whitepaper submitted as part of her doctoral dissertation, Professor Visconti maps out a number of digital treatments of Joyce’s work. So, I won’t rehash those here.

Instead, I want to call attention to her project for its public, digital focus on collaboration and community-building.

There is arguably no work of literature more devoted to the idea and the practice of community than James Joyce’s Ulysses. As early as Dubliners (1914), Joyce was remarking on his own “scrupulous meanness” with respect to that collection’s careful articulation of seeming banality. Joyce’s talent for translating the everyday into prose informs all of his works. And Ulysses, the story of a day in Dublin, so elegantly, so experimentally, so thoroughly captures the pulse and verve of life hiding in plain site, that Joyce boasted to his friend Frank Budgen, “I want…to give a picture of Dublin so complete that if the city one day suddenly disappeared from the face of the earth it could be reconstructed out of my book.” The line is, of course, not literally true—and today, with Dublin having undergone so many transformations, too much physical difference lies between the Dublin of Ulysses and its 21st century iteration. But I don’t think that was Joyce’s point. Joyce is, for me, our most human writer. The picture of Dublin he gives us is one informed by our pettiness, insecurities, and fears just as fully as it is our empathy, charity, and loves. Where we fail to give things a second thought—opening a door, crossing the street, pouring a drink—Joyce follows behind us, gathers up the neglected details of our everyday lives, and relocates them in this human narrative. And by virtue of reading Ulysses, we re-encounter ourselves in the text.

Now, that’s a point I had to make in order to best articulate the value of what Amanda Visconti has done. For years, people have created reading groups around Ulysses and Finnegans Wake. Those texts nearly necessitate and certainly support a multiplicity of perspectives. Joyce’s work both turn upon and turn towards the public. We read them to better know ourselves and in reading them we create or are brought into new communities addressing those texts. Infinite Ulysses stands as one of the most successful public digital projects that attends to the work of literary criticism via annotation while at the same time creating a community around the text.

This summer, J.D. Biersdorfer, writing for the New York Times, mentioned the site in a piece about the rise of digital assistance in reading Joyce’s tome. Biersdorfer referred to the site as “a global community of readers and scholars discussing an online copy of the text together in a mash-up of literary analysis and group therapy.” I have no issue with that assessment. The creation of a vibrant community in which ideas circulate, questions are posed, debates had, and the odd or idiosyncratic view conveyed seems like precisely the picture of humanity Joyce sought to give us.

A dissertation that advances both a critical apparatus for approaching (literary) works while also enacting public use of them marks, to my mind, a turning point in what we can expect from a dissertation. For me, Infinite Ulysses illustrates just how much of Joyce’s work Professor Visconti came to understand while pursuing her degree. The fact that her dissertation reaches beyond the page and into the broader public captures the essence of Joyce’s work in a way few do.

Next Gen Ph.D.: A Conversation with Amanda Visconti will be held on Wednesday, October 12th at 3:30pm in the E125 Visual Arts Building.