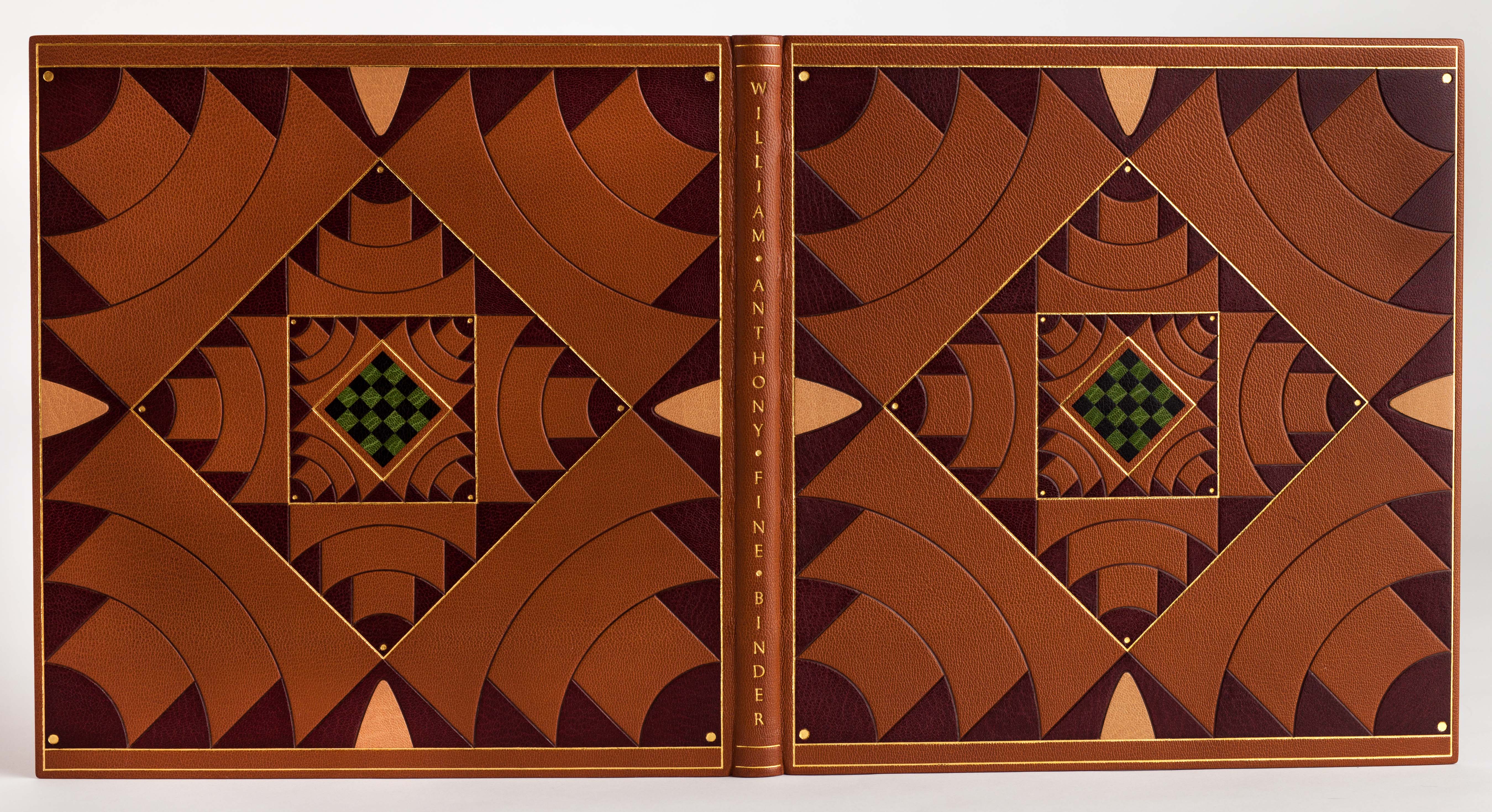 William Anthony’s work and, particularly, his fine bindings were both a model and an inspiration for me. The bindings illustrated in this exhibition catalog represented my personal horizons as an apprentice and an aspiring craftsman.

The design is meant to suggest the curved fore edges of text blocks tamed by the bone folders entering from around the edges. Bill loved chess and the checkerboard pattern recalls that, as well as his brilliant and creative mind. This is a traditional laced board, full leather binding with full gilt edges, double core silk endbands, leather onlays and inlays, blind and gold tooling and blind tooled edge to edge leather doublures.

Mark Esser began his training in bookbinding in 1979 at the Harcourt Bindery in Boston. He then worked in the Conservation Bindery at the Newberry Library in Chicago while studying privately with David Brock. Esser apprenticed with William Anthony from 1982 to 1986, first at Anthony & Associates in Chicago and then at the Conservation Department of the University of Iowa Libraries. He developed the curriculum and was the first instructor for the hand bookbinding program at the North Bennet Street School in Boston, remaining there until 1994. He was the Rare Book Conservator at the John J. Burns Library at Boston College until 2008 and now works privately.

To bid on any of the bindings, please email us at lib-prescons@uiowa.edu. Bids will be accepted until the end of the silent auction, 7 pm CST on Thursday November 13th.