“In re-reading the manuscript of this book I find I didn’t allow myself to be born.” – A.E. 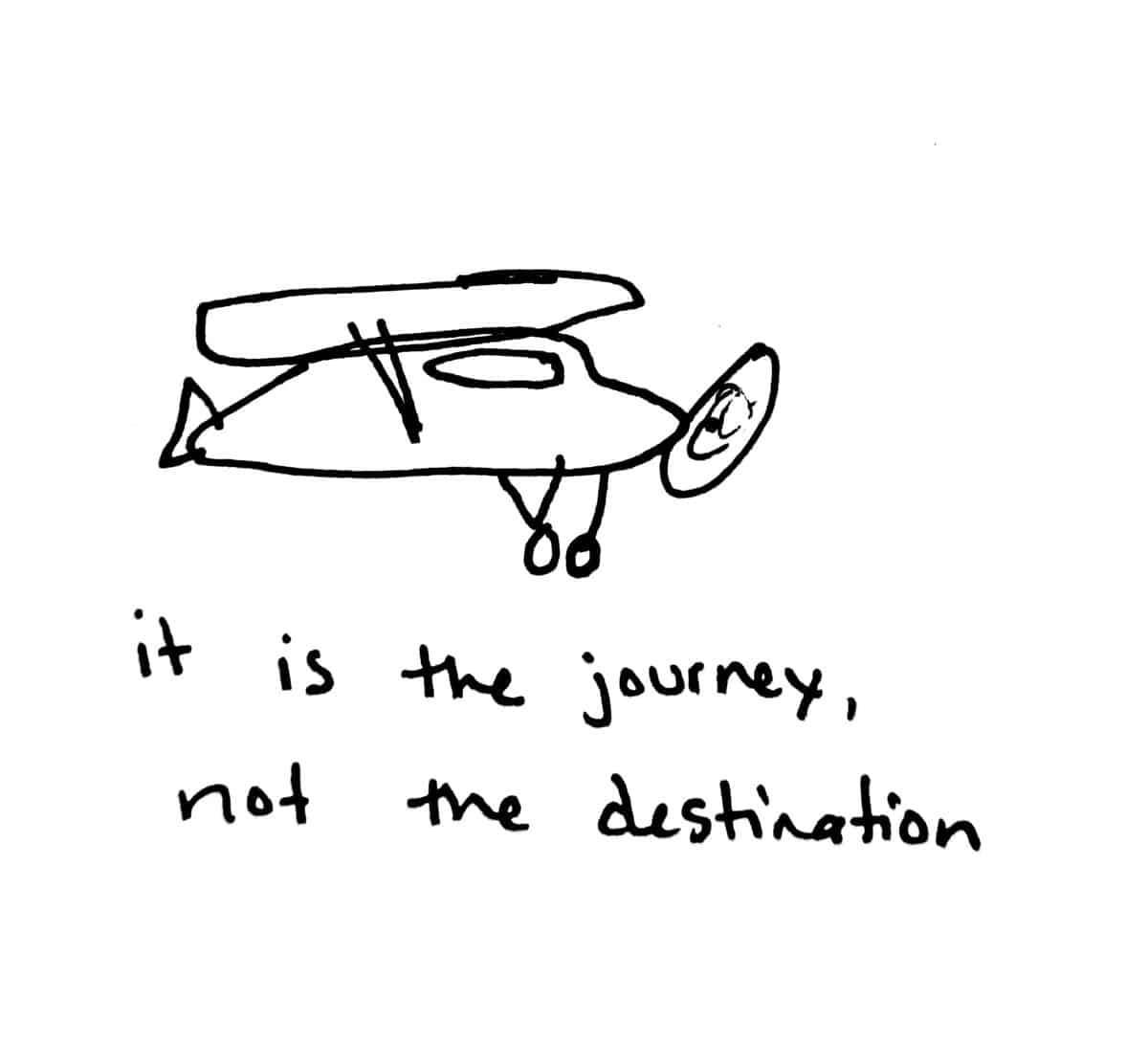 This summer and in the year to come, I am writing and drawing an essay collection about flight, and about how narrative can fail. While I have been digesting different materials, researching clumsy Brood X cicadas (on location), the early airplane, the width of a sonic boom (1/10000th of an inch), albatrosses and horses (both animals of flight), most recently, I have become very interested in Amelia Earhart.

Amelia Earhart is obvious, and that’s why I’m interested in her. Her persona in popular consciousness, her sepia face and cap, her eyes squinting against a wind, her face on the largest milk carton, is so pat and static as to be nearly sedative. She is also so far away in space and time, her context so utterly separate from our own, which means to talk about her is to chart many distances. What I am most interested in is to chart how her distance has been charted in the hundred years of her name being known.

All to say, many things about the way her celebrity, and her disappearance, is gendered and mythologized strike me as fraught. Her celebrity seems very much a sample case for what the public can do to a single person, using a real life in such an unreal way, both contemporaneously and over a century of storytelling in mass media, so that who once was a human being becomes a soaring thing, so far away and small up there, the story about them as large and airy and indistinct as the sky the soaring thing might move through. What exists then is a collective telling that confuses facts and uses the evidence of a human life in the dubious ways story can, to prop up certain sensational epiphanies and moral conclusions. Even still, these stories can be so enjoyable. And even still, the goal of demystifying her story by making an example of the wrong tellings may be the same error repeated—a pyramid scheme of debunking that becomes more abstract, but still has the bias of ideal as its aim. This, I’d like to avoid.

My goal was to learn enough about Amelia Earhart that I could write an illustrated essay that could press a pin to the balloon of this mythos, gently press a hand to the rubber and deflate her story whistlingly down to scale, so I might feel what real shapes were inside. To undo or at least make clear what had happened through the years of relentless, hallucinatory telling and telling of her story over and over again.

The first step was to get certain facts straight—the simple truths of Earhart’s life—so that my meta-untelling could be tethered by undeniables: the whens and wheres and whats that would hold her human actions in place, and in context, minus the atmosphere of abstract meaning and hero worship.

Unfortunately, I realized I myself am human. Meaning, I learned quickly that her facts by themselves did nothing to dissuade any notion that she should be worshipped. In fact, those facts almost immediately set me on track to write a probably very boring, congratulatory ode of an essay about her merits.

As it stands, I have found myself overwhelmed by how nearly impossible it is to shrink her, in any meaningful sense and have come to the provisional conclusion that certain facts of human invention and feat are inherently hypnotic. Like must have been known by her contemporaries when Earhart was a household name.

Perhaps two of her most well known facts are these. Famously, Amelia Earhart made her first solo, nonstop trans-Atlantic solo flight in 1932, the first woman to do so. But four years before this, she made her first flight across the Atlantic as a passenger in 1928, and she wrote a memoir about this passenger flight called 20 hours 40 minutes — and while the flight took just under a day to complete, nonstop, the writing of the book took only a few days.

Urged by her publisher (and later, her husband, George Putnam, her partner in what she demanded would be and was, as she demanded, an open marriage — ) she typed the book on a breakneck deadline, and it was circulated near immediately, to a public eager to read her story. The flight log of the first woman to cross the Atlantic in an airplane flight.

The book’s forward begins with a devilish apology, in which she laments not writing a “work” (“you know, Dickens’ Works, Thackeray’s Works”)—because, as she explains, her “dignity wouldn’t stand the strain.” Her dignity couldn’t stand the strain of attempting a great literary feat, in the midst of so many others.

When a person is not flying an airplane, but reading about the people who fly them and writing about them and drawing illustrations about them, and trying to figure out how those images fit on the page with those illustrations, and learning the Adobe Creative Suite some 100 years removed from their subject — it is a relief that the distance a person might fall, in writing a book, is not at least physically as high as the literal sky. Although a conceptual distance is infinite.

This summer’s work has been a series of manageable falls, both technical and conceptual—digital and analog. In the placed work of sentences and in the infinite space of thinking through planes and the people who fly them and why, and the strange historical instances that could have been forks in the road, but all seem to have inevitably led us right here.

Looking at the world through the lens of the stories people tell about airplanes and pilots, or horses and their hooves, or cicadas and their juicy red eyes and the way they emerge all at once from the ground every seventeen years — engaging the texture of any human story leads to a reflection on the telling of the story when it was told, and our reading of it now. Relations to relations.

It’s all in process, and I’m not sure what it will take to allow myself to be born — perhaps it will take seventeen years of gestating in a larval stage like a Brood X periodical cicada before this collection and its illustrations emerge — or Amelia Earhart’s brief foray into photographing garbage cans (“I can’t name all the moods of which a garbage can is capable.”) — or maybe it will take a near impossible deadline and a relentless moving-on to the next thing, knowing how short a life can be, and how long it might be remembered still. 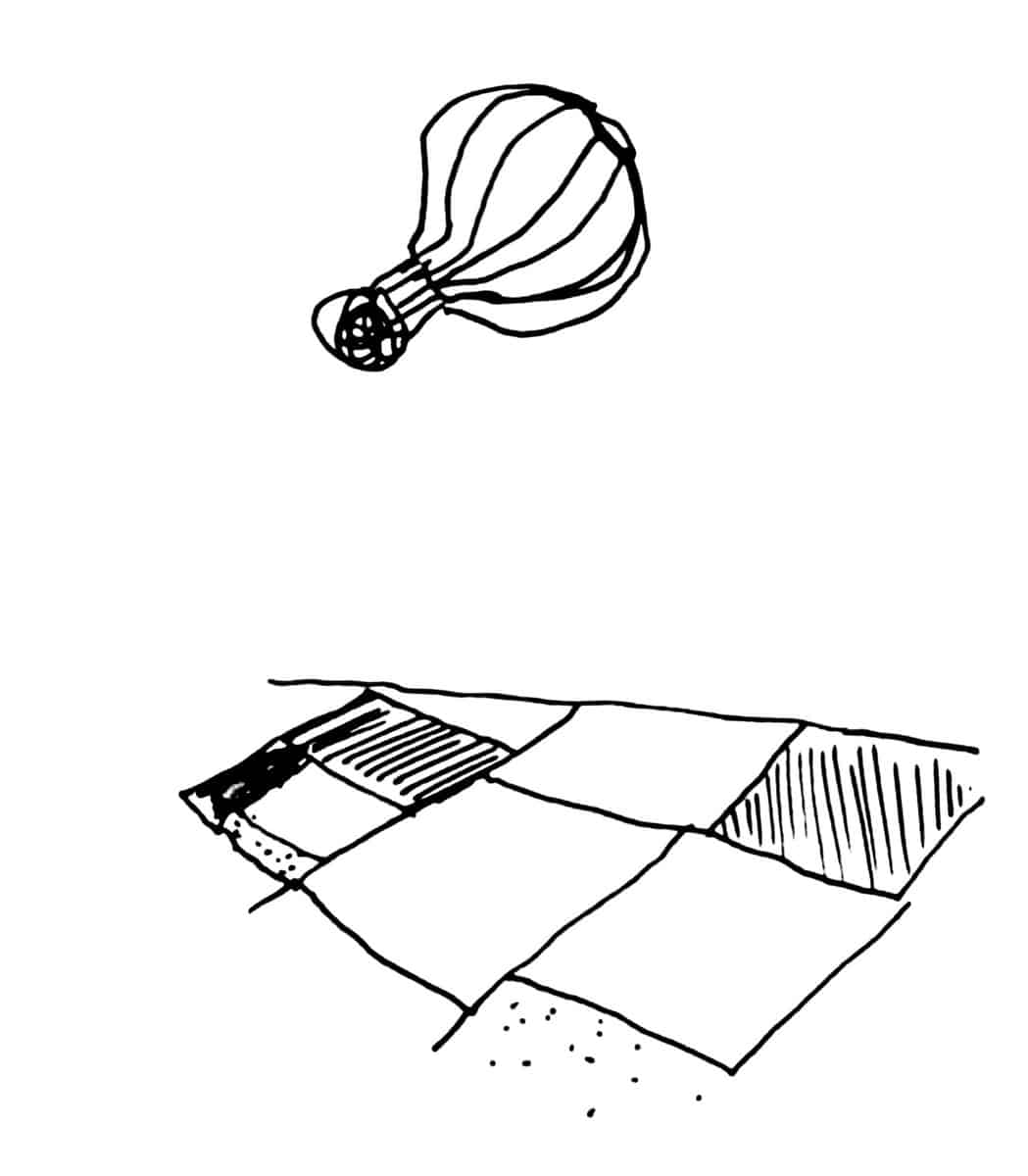