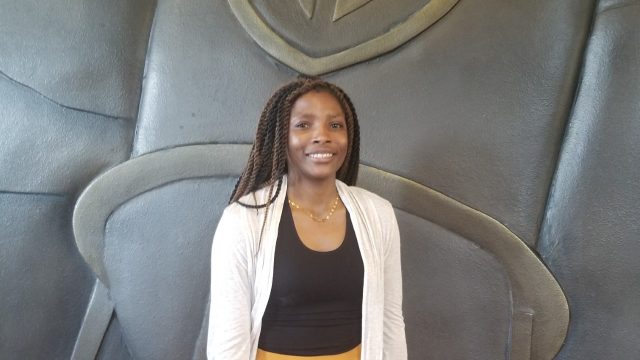 We live in communities that are increasingly becoming intersected and globalized.  There is a lot of mixing in terms of race, religion, ideologies, languages, ethnicity, and many other aspects. The development of such an intersection has historically been traced from systems of migration and capitalist expansion (1). In many discussions of world development, Africa is excluded yet major forms of migration and population mixing were also happening in Africa. Many scholars discuss the forms of migration in Africa as forced and coerced migrations which remove the agency in Africans have the ripple effect of making migrations occurring in Africa incomparable to migrations occurring elsewhere in the world (2 ). In my project, I map the labor migration patterns for southern Africa between 1905-1980. Labor migration in Africa during the colonial period (colonial period refers to the time when the African continent was under the domination of European empires roughly between 1900-1965) that drew hundreds of thousands of people from one part of Africa to another.

I am developing a map to showcase the labor migration patterns between Malawi, Zimbabwe, and South Africa. My map focuses on viewing labor migration as a form of progressive development in Africa, which forged the sharing of ideas, the intersection of languages, and amassing of wealth. At the same time, I present the different causes leading to migration in colonial Africa on a wider scale. By presenting numerous causes, I seek to debunk the idea that migration was a result of coercion in Africa. Obviously, push factors like harsh colonial policies and pull factors like the prospect of higher wages which many scholars have concentrated on played part in influencing migration but these were not the only important factors. This map showcases that the choice of migration was determined by a lot of factors including ethnicity, language, perspective wages, distance to be traveled, disease outbreaks, and many others. These issues played an important part in the migrants’ decision making even though they have nothing to do with capitalist development. Essentially the point the map makes is that migration has always been part of communities’ progression, labor migration neither need be seen only in terms of capitalist needs nor do migrants need be viewed only as resources.

The early stages of my fellowship experience have been a very exciting learning curve filled with some breakthroughs and hurdles. The biggest problem has been that my data, which the entire map is based on, needs to be digitized.  I have had to decide what forms of data from the pool do I manually transfer to my excel sheet. Navigating around that has been a process that required me to continuously reflect on the questions I want to address with the map versus what is practical. I have been working with a great advisor Jay Bowen, having conversations with him about my data and what we can be able to map with the time we have helped a lot. The upside of my fellowship experience so far is getting more in contact with technical software. I came in thinking that starting to learn how to use mapping applications and coding would be very difficult and time-consuming, especially with just online learning, but it has turned out to be quite easy to do with a tutorial. So far, I have learned to complete tasks like Geo-referencing and data cleaning and combining shapefiles. Having a slack app where I can text my advisor every now and then when I am stuck comes in handy too. 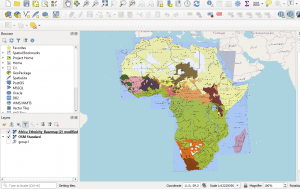