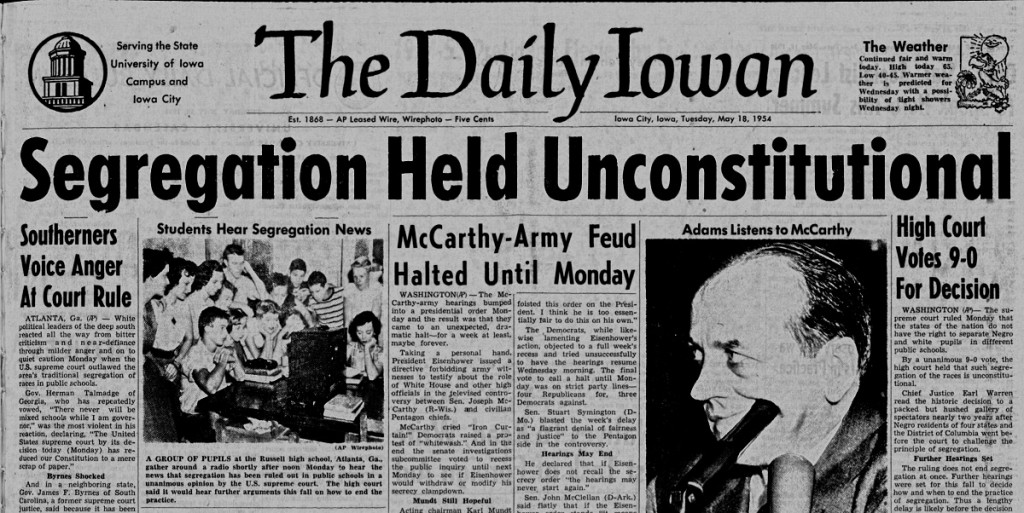 Today is the anniversary of the Supreme Court’s unanimous ruling in the Brown v Board of Education, making separate public schools for black and white students unconstitutional. The Daily Iowan story is in the May 18, 1954 issue.

The ruling did not affect Iowa because segregation of schools had been illegal since 1868.

“Our first public schools were for “white” students only. But in 1868, eighty-six years before Brown versus State Board of Education, Topeka—which struck down separate schools for blacks and whites in 1954—Alexander Clark Sr. successfully sued the City of Muscatine so his daughter, Susan, could attend the white elementary school. This was the same year that Iowa became the first northern state to guarantee black men’s right to vote.” 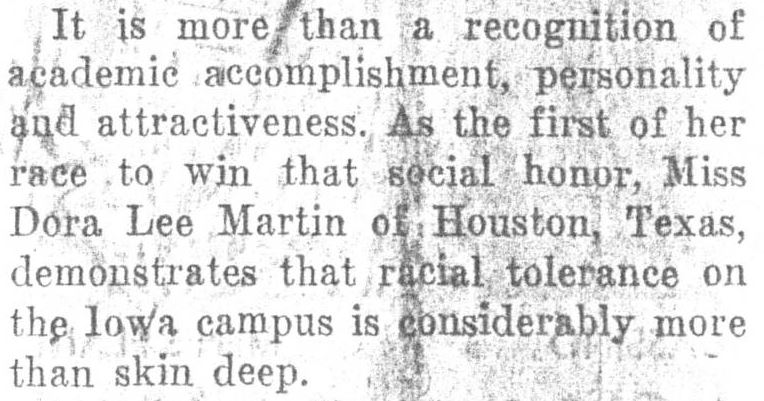 Just one year after the landmark Supreme Court ruling, Iowa students elected an African American woman, Dora Lee Martin, as homecoming queen. This election was touted in state papers as demonstrating tolerance at the University, such as this excerpt from the Sioux City Tribune-Journal.

You can read more about Dora Lee Martin in a previous blog post, Queen of the campus.