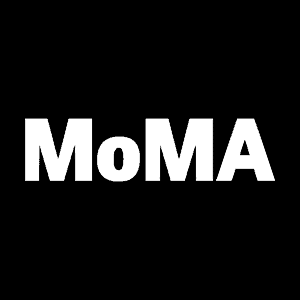 As a new librarian, I appreciate the privilege that my residency at the University of Iowa’s Preservation and Conservation department affords me; aside from the professional expectations of any other position, I’m encouraged to explore gaps in my LIS education and professional interests. However, there is never enough time to learn everything! Professional conferences are invaluable, particularly in this stage of my career, for continuing education and exposure to adjacent areas of focus in librarianship. Imagine my excitement when I learned that that 2016’s PASIG fall meeting would be in NYC. Yes, I WAS overjoyed. PASIG’s conference was envisioned as both a sharing and learning opportunity for preservation and archiving professionals at all levels, as well as those outside of the LIS profession, such as developers.

Founded in 2007, the practice-centered meeting focuses on questions and considerations as well as solutions, but keeps it light on theory. Too often, professional meetings and conferences’ pre-assumption of broad audience understanding and heavy use of LIS-centered jargon can leave one feeling intimidated and behind the pack. Day one at PASIG directly addressed the issue and leveled the plane in preparation for the deep dives to follow – all without an additional cost and additional travel accommodations of a “pre-conference.”  About half of the estimated 300 participants attended boot camp the first day, which serves as both an introduction, overview, and a refresher.

Sessions following the boot camp covered topics along the spectrum of the 3rd age of digital preservation, as well as preservation and archiving in relation to reference rot, new media, social justice, and the environmental impacts of digital preservation and professional responsibilities, among others. Though vendors were well-represented at the conference, the mix of professionals and scholars were the highlight of the conference. Presenters and lightning round speakers from libraries, archives, museums, universities, and cross-institutional partnerships shared case studies, challenges, successes, and pitfalls to avoid.

As always, librarians and archivists put together a lovely fete for attendants. Our hosts at MoMa arranged an after-hours reception and tours of two works that were recently treated by their Media Conservation department. Media Conservator Kate Lewis gave a tour of Teiji Furuhashi’s 1994 immersive work, Lovers. After we experienced the piece, conserved to maintain the integrity of Furuhashi vision as well as its condition in 1994, we were allowed a peek at the required wiring and networked coordinating components of sound and motion. After discussing the guaranteed obsolesce of hardware currently in use and the knowledge management in place in anticipation of treatment needed in 20 years, we moved on to Nan Goldin’s Ballad of Sexual Dependency (1979-2004). Peter Oleksik spoke of the use and conservation challenges of the work before we viewed MoMa’s iteration of the installation.

By conference close, I felt that I had valuable information and references to bring back to Iowa. By far, PASIG 2016 was the most useful professional conference I’ve attended thus far. Next year’s PASIG meeting will be in Oxford.