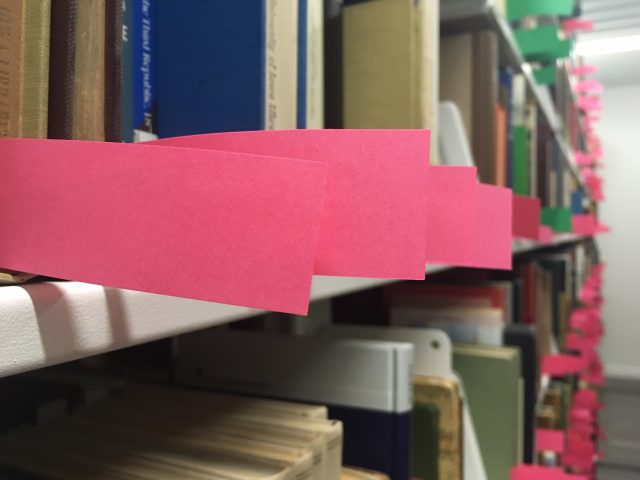 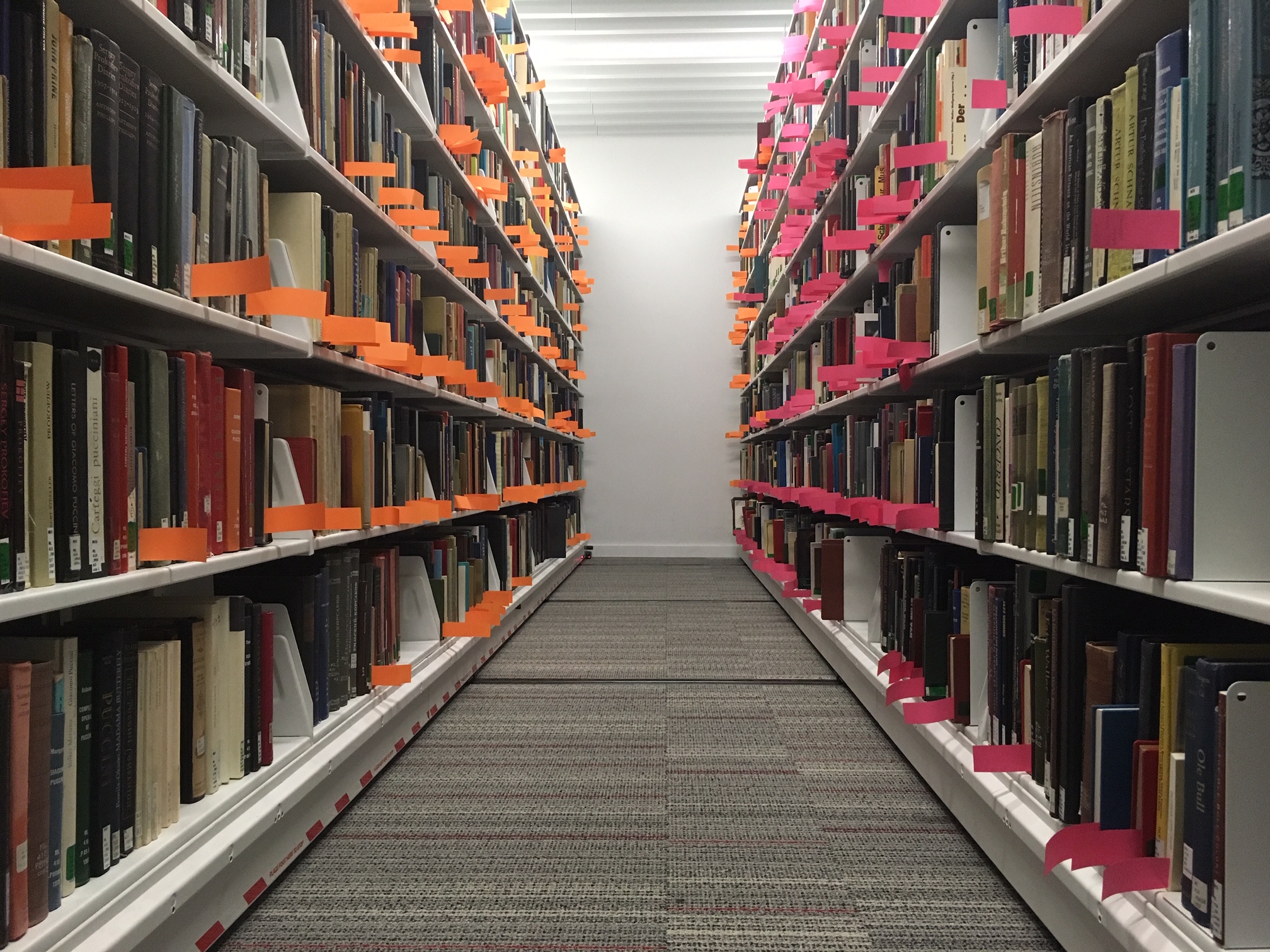 Music Library patrons have commented many times on the paper flags hanging in the library stacks this Fall, which are part of a relocation project that started in late summer. Starting December 14, flagged items will be loaded onto carts and relocated to the Libraries’ Annex facility. All told, around 15,000 titles will make the move and allow for collection growth over the next five to seven years.

What happens when something is sent to the Annex? Is it gone forever, or can I still borrow it?

You can still borrow it, and quite easily! Books and scores sent to the Annex are available per request through InfoHawk+, much like items held at other campus libraries like Main and Art. There will be a few months where items will not be available while they are processed and shelved at the Annex facility, but then they are easily requestable online and usually delivered to the library of your choice within 24-48 hours from the time of the request.

The Music Library did not open in 2016 with much space for collection growth. It was estimated that the book collection could grow for 5-7 years, and the score collection for 3-5 years (new libraries usually open with at least a 15-20 year growth factor). Following this relocation project, the book collection should be able to grow for up to ten years and the score collection for at least five years. The Annex facility was in the position to take a large shipment of items from the Music Library before the close of the calendar year, so that is why the collection is being evaluated and a portion relocated in 2018.

What items are moving?

Here are some additional reasons why books or scores were selected to be relocated:

Here are some reasons that books or scores were kept on campus:

Relocating materials to the Library Annex is not the same as weeding them. Those materials are still available to be checked out, they just must be couriered to campus first. A very small stack of items were weeded from the collection during this process due to damage. This project has helped the Music Library to review the condition, usability, balance, and overall health of its collections. Items can be returned to campus if, indeed, a major mistake has been made or changes to the curriculum require such a move. If you have questions about this process or the results, please contact Head of the Rita Benton Music Library, Katie Buehner at katie-buehner@uiowa.edu.