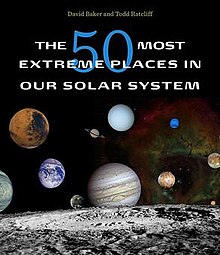 2020 has been an unusual year, to say the least. A pandemic, murder hornets, an Iowa derecho, hurricanes, racial injustice, wildfires, and most recently a discovery on Venus that points to potential alien life. It is a lot to take in and it can be a relief to bury oneself in reading. What else could 2020 bring? Check out these unusual books chosen to match an unusual year.

Alien universe: extraterrestrial life in our mind and in the cosmos

Confessions of an alien hunter: a scientist’s search for extraterrestrial intelligence

Out there: a scientific guide to alien life

We are not alone: why we have already found extraterrestrial life

Apocalypse when?: calculating how long the human race will survive

Surviving the apocalypse in the suburbs: the thrivalist’s guide to life without oil

The conundrum: how scientific innovation, increased efficiency, and good intentions can make our energy and climate problems worse

Our dying planet: an ecologist’s view of the crisis we face

Tropic of chaos: climate change and the new geography of violence

When the planet rages: natural disasters, global warming, and the future of the earth

The 50 most extreme places in our solar system

Firestorm: how wildfire will shape our future

The weather of the future: heat waves, extreme storms, and other scenes from a climate-changed planet

American pests: the losing war on insects from colonial times to DDT

The American plague: the untold story of yellow fever, the epidemic that shaped our history

The secret life of flies

Ebola : the natural and human history of a deadly virus

The ghost map: the story of London’s most terrifying epidemic–and how it changed science, cities, and the modern world

Minnesota, 1918: when flu, fire, and war ravaged the state

Flu: the story of the great influenza pandemic of 1918 and the search for the virus that caused it

Spillover: animal infections and the next human pandemic

Pale rider: the Spanish Flu of 1918 and how it changed the world

A planet of viruses

From Darwin to Hitler: evolutionary ethics, eugenics, and racism in Germany

The immortal life of Henrietta Lacks

Medical apartheid: the dark history of medical experimentation on Black Americans from colonial times to the present

Troublesome science: the misuse of genetics and genomics in understanding race

The 7 laws of magical thinking: how irrational beliefs keep us happy, healthy, and sane

13 things that don’t make sense: the most baffling scientific mysteries of our time

AsapSCIENCE: answers to the world’s weirdest questions, most persistent rumors, and unexplained phenomena

Too big to know: rethinking knowledge now that the facts aren’t the facts, experts are everywhere, and the smartest person in the room is the room

Willful ignorance: the mismeasure of uncertainty 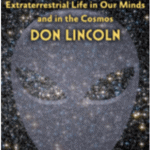