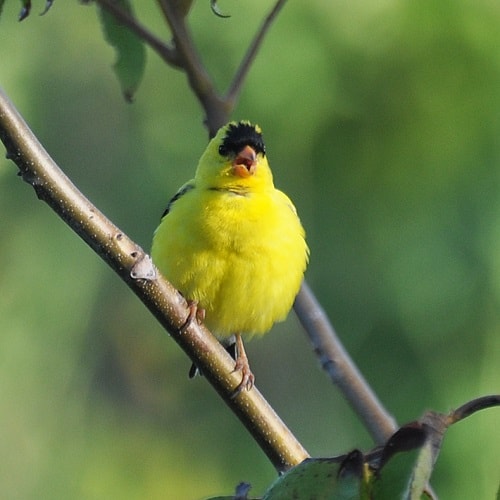 In his newest book, Birdsong for the Curious Naturalist, Donald Kroodsma invites us to listen to bird sound not simply to make a quick species identification, but to listen “for deeper understanding of each singing bird,” encouraging us to think scientifically about birds through their songs by posing our own questions about the behavior we observe. He also invites us to listen the same way we would listen to a musical performance, for simple appreciation.

Listening with discrimination to all aspects of how birds are communicating can become an adventure as you learn to listen for variation. The use of sound spectrograms or sonograms as described in the previous post on bird sound can help immensely, as they provide high definition rendering of all parts of a bird song or call, including those that might otherwise be missed by the ear in real time. It’s like hearing with your eyes.

In his 2007 book, The Singing Life of Birds (e-book requires HawkID login), Kroodsma describes his own experience of many years listening to birds aided by spectrograms. Nathan Pieplow, author of Peterson Field Guide to Birds Sounds of Eastern North America (e-book requires HawkID login), describes how you can begin recording bird sounds and generate spectrograms with your cell phone.

It is possible to enjoy and begin thinking about birdsong without ever laying sight on the bird singing. But hearing a bird’s song is often the easiest way to locate it and then track its behavior.

One of the most delightful birds to listen to is Iowa’s state bird, the American Goldfinch. It is most identifiable by its flight call, but also has song consisting of highly variable series of high-pitched warbles. If you hear the flight call, look up to locate it weaving through the air or perched atop a tree ready to take off. Goldfinches are able to learn new songs as adults.

One of the most entertaining birds to listen to is the Gray Catbird. Although named for its “mewing” sound, the Gray Catbird is also a mimic, and is able to imitate the sounds of many other birds, often in what sounds like a chaotic mix tape of different species.

Two species frequently heard in wooded habitats are the Great crested Flycatcher, with its intermittent outbursts of “breet” or “weep” while lurking in the canopy, and the Red-eyed Vireo, whose song has a slow, rhythmic cadence.

If you happen to take a walk through Waterworks Park, Terry Trueblood Recreation Area, or South Sycamore Bottoms in Iowa City, or similar habitats elsewhere, during warm months you’ll likely encounter Indigo Bunting, a dark blue bird not much larger than a Goldfinch whose song consists of mostly doubled notes, and also Common Yellowthroat, a strikingly colored small bird with a black mask that lurks in tall grass, whose song is often denoted as “witch-i-ty, witch-i-ty.” Other birds you might encounter are Song Sparrow, Meadowlark, and Red-winged Blackbird.

If you live outside the Iowa City area and wish to locate good places to encounter birds, eBird is a useful website for locating so-called hotspots, as is the Iowa Ornithologists Union.

Authoritative information on any bird species, including in-depth treatment of sounds and vocal behavior, can be found in World of Birds (HawkID required for login). For free access to information on particular bird species, check out either Audubon Guide to North American Birds or All about Birds.

Thank you to Kai Weatherman for writing this wonderful post and taking the beautiful photos! 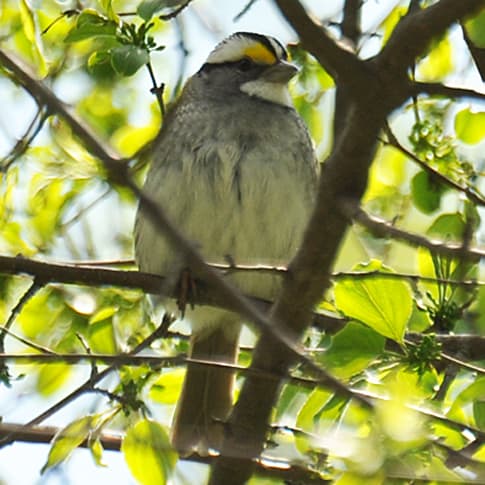