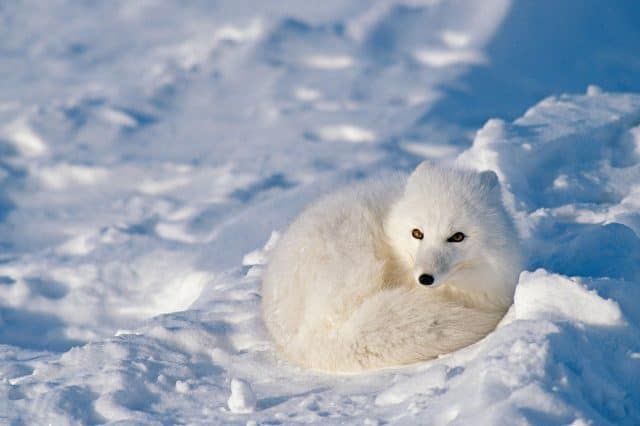 Stop by the Sciences Library to see our new winter exhibit: Colors of Winter.

We normally think of the colors of winter as rather dull and drab, at least until the first snowfall. But the plumage of birds and coats of small mammals often change dramatically during the winter months, allowing them to blend in better with their surroundings.

In our cases, you’ll find birds and other animals in their winter colors, and their summer colors for comparison. Come check it out! And as always, many thanks to the Museum of Natural History for loaning us several specimens from their collections. 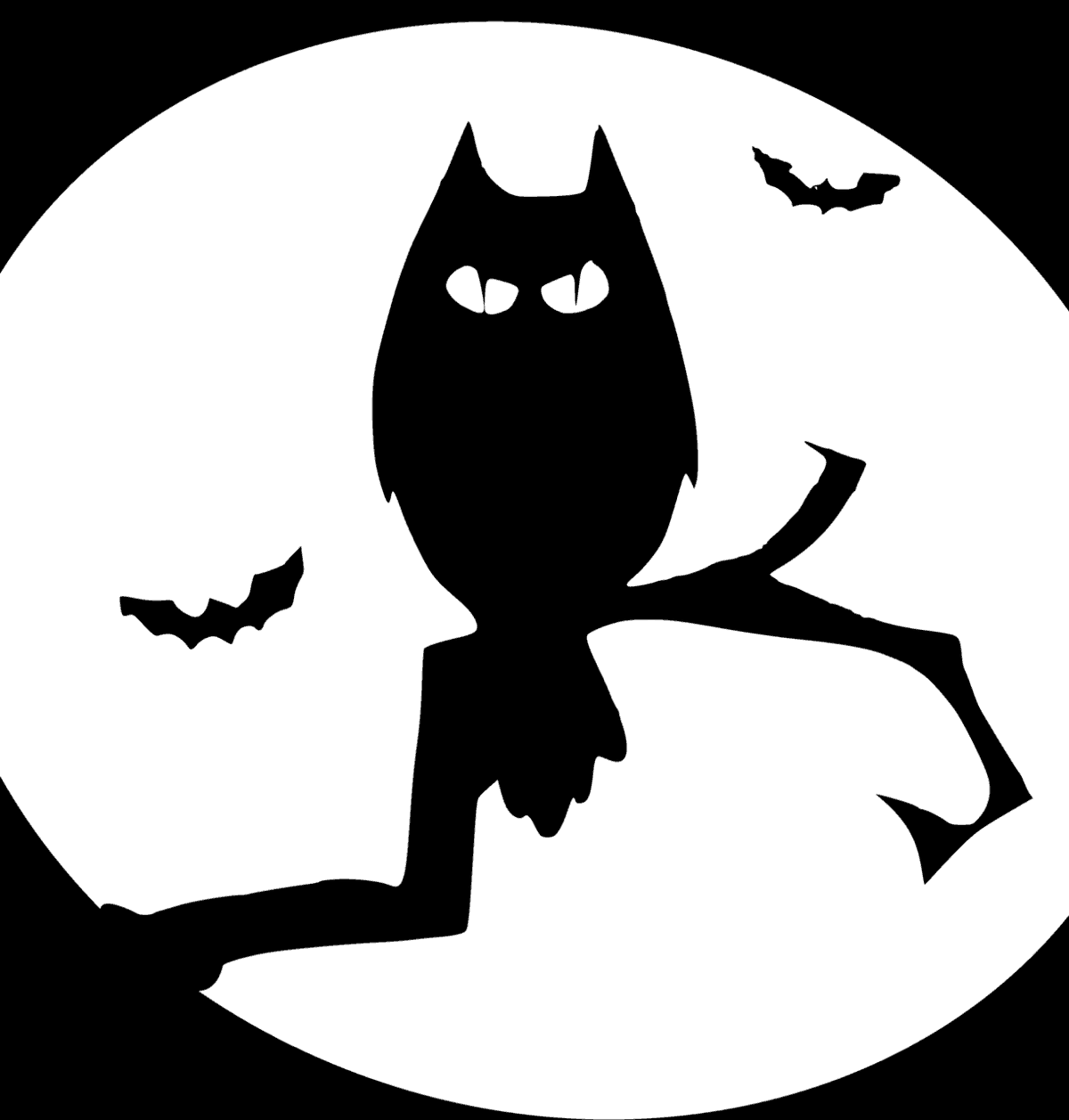 Are you ready for Halloween? Check out our “Creepy Creatures” exhibit at the Sciences Library and get in the Halloween spirit!

Many thanks to the University of Iowa Museum of Natural History for loaning us the specimens for our displays. 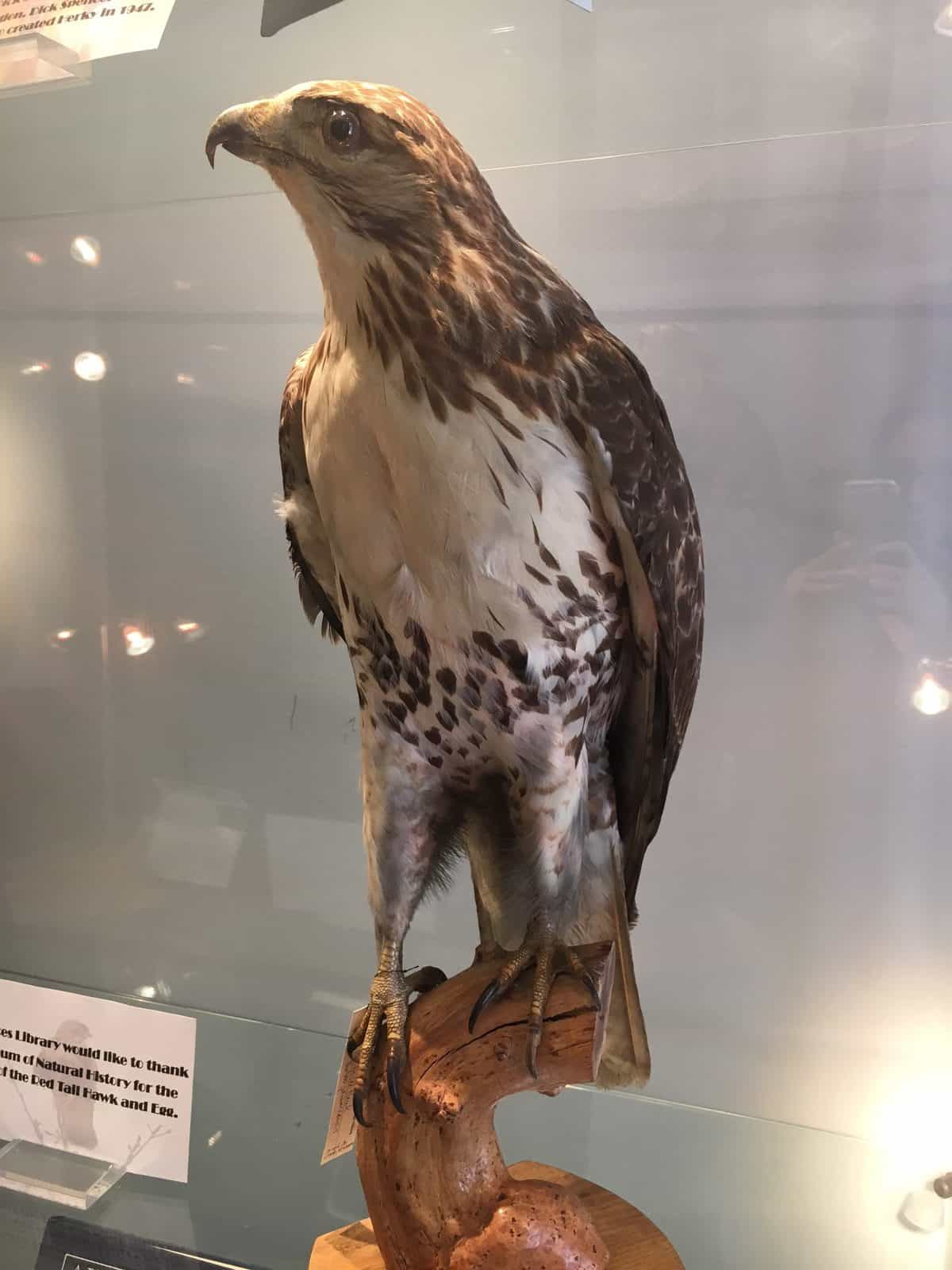 In Iowa City, Herky is famous, but you may be less familiar other members of his family. Red-tailed hawks, Cooper’s hawks, and others are often spotted in Johnson County. These beautiful birds are accomplished predators, feeding on smaller birds and small mammals. Come see two impressive specimens up close at the Sciences Library.

Many thanks to the Museum of Natural History for the loan of the hawks and hawk egg, to the University Archives for the homecoming buttons, and to wildlife photographer James Scheib for the beautiful photos. 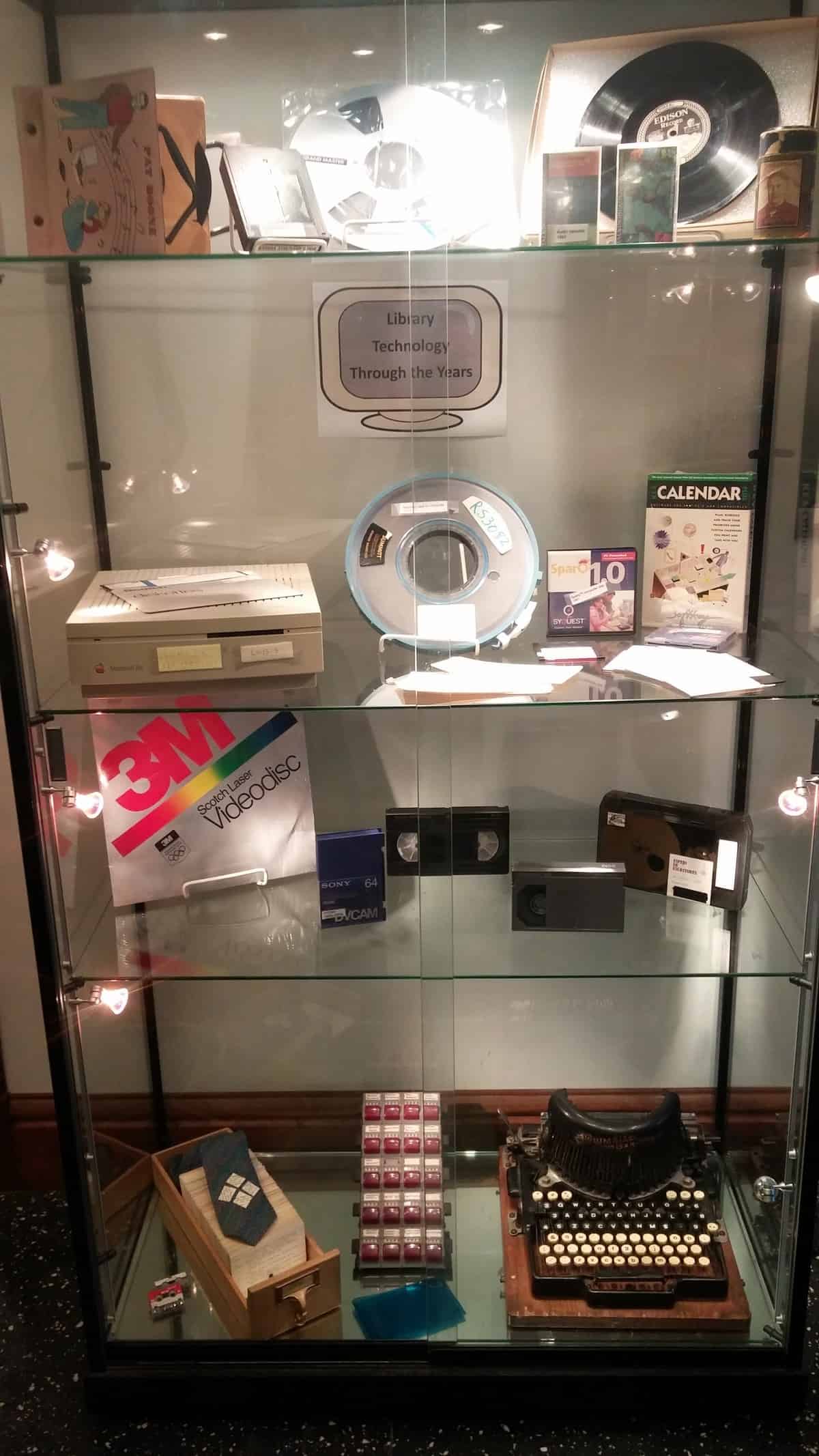 The Sciences Library has a new exhibit, relating to this semester’s theme: Our Lives Online. The exhibit, “Library Technology Through the Years”, showcases items from the University Archives collection that have been made obsolete by new forms of media and online streaming. In our cases, you’ll find an antique typewriter, an Edison phonograph record, a Barbara Streisand 8-track, an Asteroids Atari game cartridge, and so much more. Check out our exhibit and take a walk down memory lane! How many of the items do you remember? 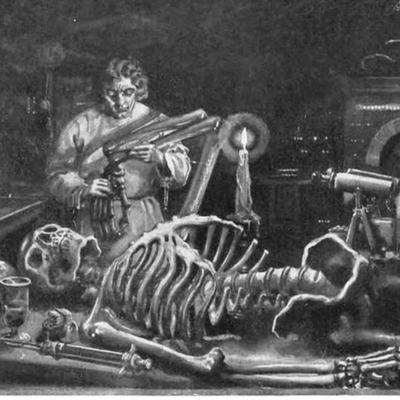 The Sciences Library has a spooky new exhibit, just in time to celebrate Halloween. Come check out our Haunted Laboratory exhibit! Many thanks to the Museum of Natural History for the loan of spine-chilling items from their collections. 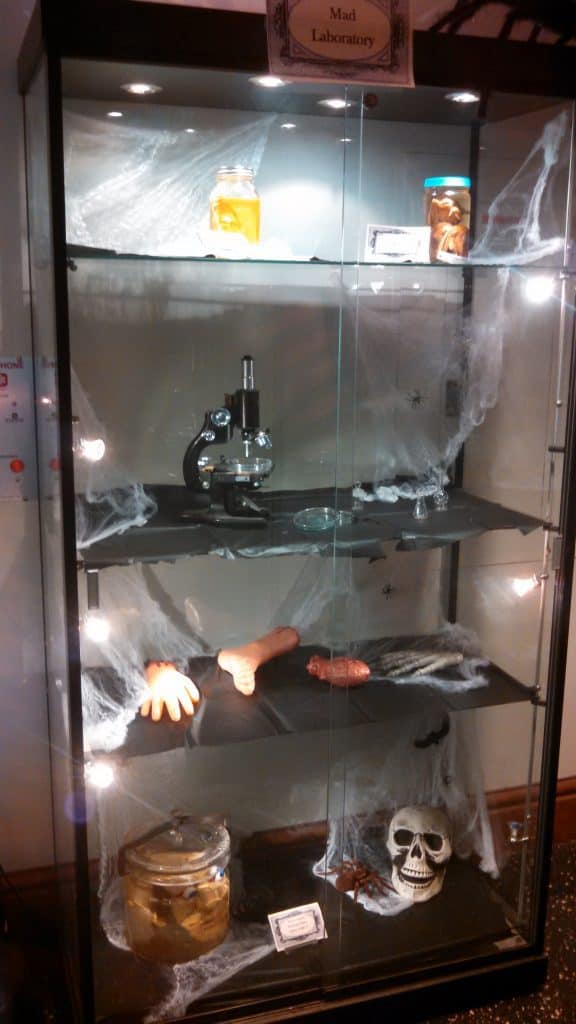 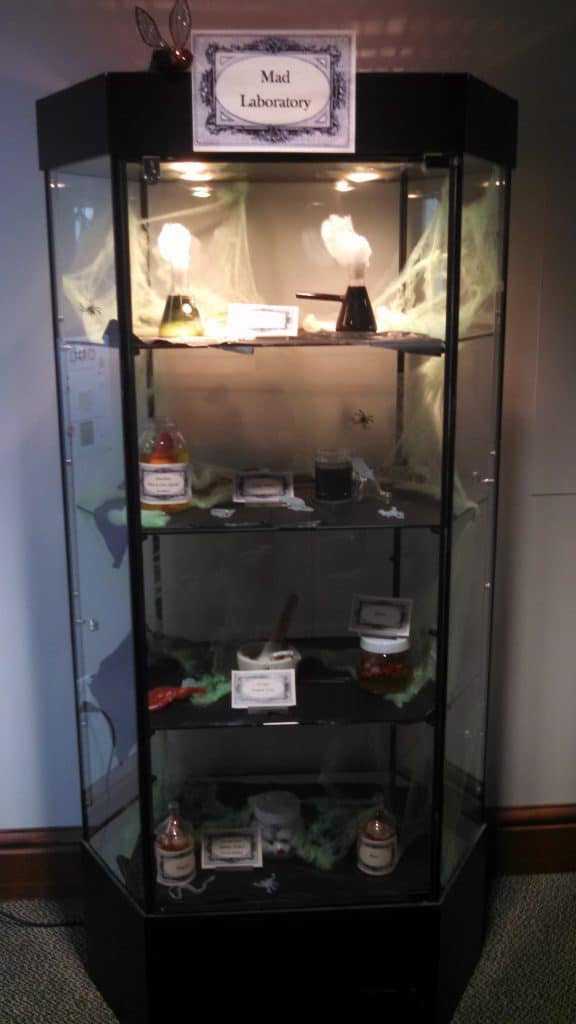 It’s the summer of super heroes at the Sciences Library! Come check out our Lego exhibit, featuring Marvel Superheroes, DC Comics Superheroes, and Star Wars sets. Many thanks to the Scheib family for sharing their collection with us. 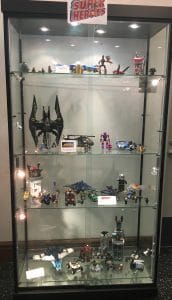 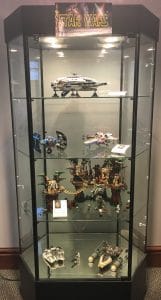 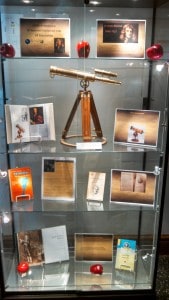 The new exhibit at the Sciences Library celebrates the life of Isaac Newton and the 350th anniversary of his Universal Law of Gravitation, presented for the first time in 1666.

We’ve all heard the story about Newton and the apple, but how did Newton really come to understand gravity? Our exhibit describes Newton’s life and work, with an emphasis on the Universal Law of Gravitation and its evolution over time. Many thanks to the Department of Physics & Astronomy for loaning us several items for the exhibit, including an antique refracting telescope and a prism like the one used in Newton’s famous light refraction experiments.

To learn more about Newton and his Universal Law of Gravitation, ask a librarian or check out these excellent resources: 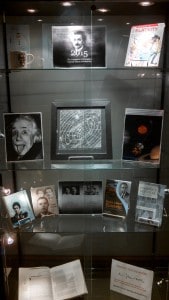 Our new exhibit at the Sciences Library celebrates the life of Albert Einstein and the 100th anniversary of his general theory of relativity, presented for the first time in 1915.

The exhibit explains the general theory of relativity and its significance to modern physics. It also provides some interesting background information about his life and family.

To learn more about the general theory of relativity, ask a librarian or check out these cool websites: 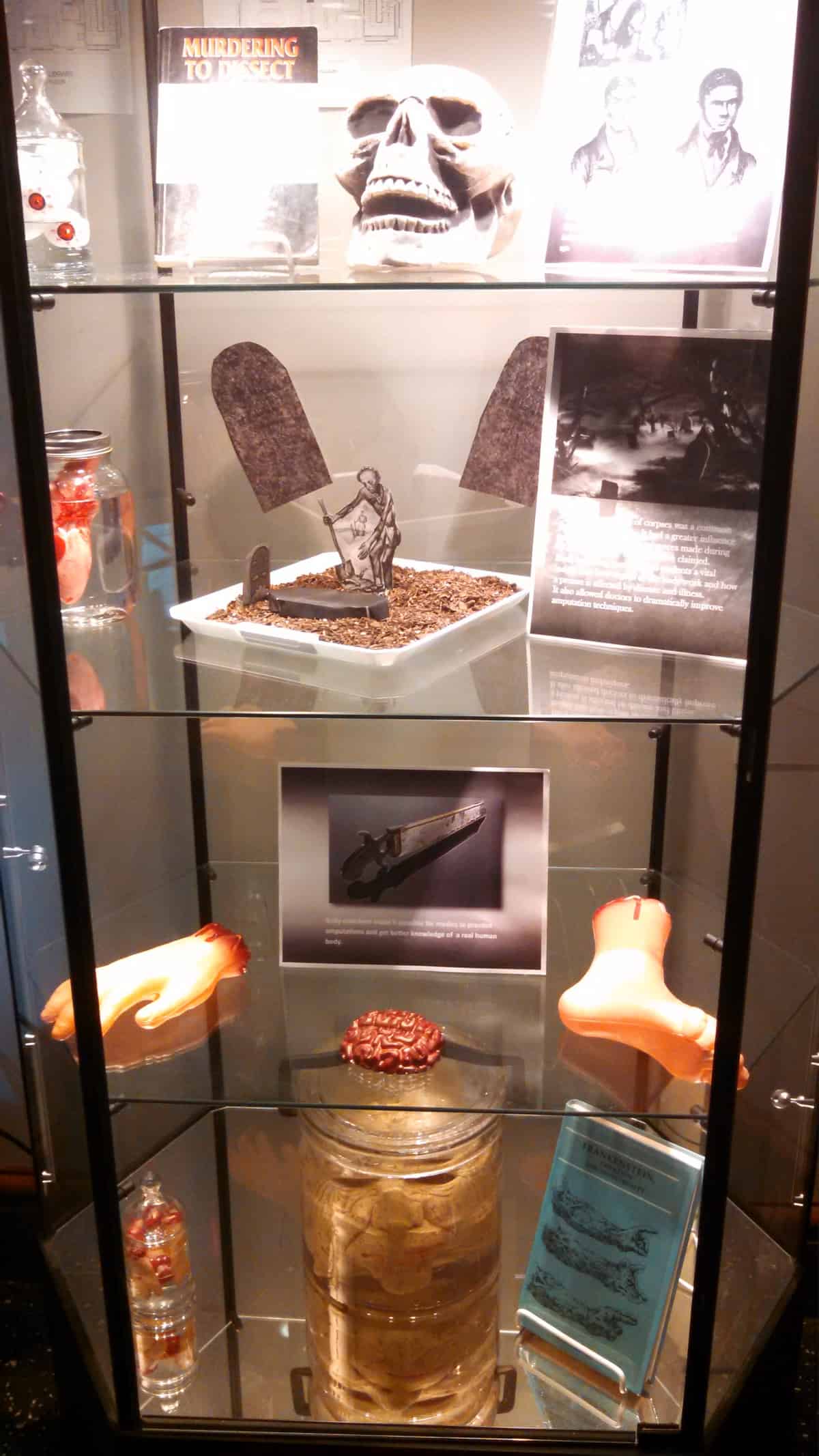 We’ve installed a new exhibit at the Sciences Library, just in time for Halloween! 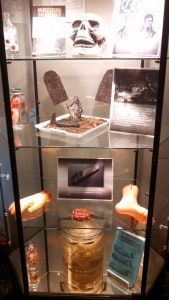 Victor Frankenstein collected body parts for his monster through body snatching, a common, though gruesome, practice of the time. Historically, a shortage of cadavers available for medical students created an industry of enterprising thieves who would prowl graveyards for recently buried corpses to sell for medical research. The corpses allowed medical students to learn more about the internal organs of the body and how they work as well as giving doctors the opportunity to improve amputation techniques.

Dr. Frankenstein used electricity to reanimate an assembly of body parts to create his 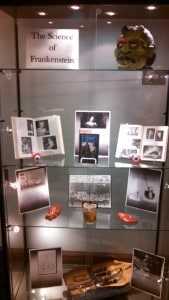 monster. This was based on the 18th century work with electricity by surgeon Luigi Galvani, physicist Alessandro Volta, and Galvani’s nephew, Giovanni Aldini.

While dissecting a frog near a dissection machine, Galvani’s assistant touched a scalpel to a nerve in the frog’s leg, and the leg jumped! Galvani believed this was evidence of “animal electricity” which came from the frog itself.

Volta replicated Galvani’s experiments, but arrived at different conclusions. He believed the jumping leg was caused by a bimetallic arc, rather than animal electricity.

Aldini built on the work of his uncle and Volta and toured the capitals of Europe to demonstrate the medical benefits of electricity by electrifying the corpses of executed criminals, making them twitch and in some cases, sit up.

It would not be hard for a creative woman, like Mary Shelley, to extend this research and imagine a day when science might succeed in reanimating the dead. To learn more, come check out the exhibit now on display at the Sciences Library!