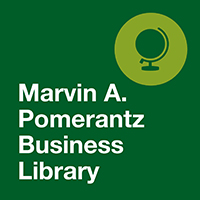 The Business Library/UI Libraries recently acquired an online streaming license to Capitalism –a film produced and directed by Ilan Ziv.

CAPITALISM is an ambitious and accessible six-part documentary series that looks at both the history of ideas and the social forces that have shaped the capitalist world.  Blending interviews with some of the world’s great historians, economists, anthropologists, and social critics (view the complete list of participants), with on-the-ground footage shot in twenty-two countries, CAPITALISM questions the myth of the unfettered free market, explores the nature of debt and commodities, and retraces some of the great economic debates of the last 200 years.

Each fifty-two minute episode is designed to stand alone, making these ideal for classroom use or as an additional resource for students.  More info about the episodes can be found  on the Icarus Film site.

Links to Parts 1-6 of the film can be found in the InfoHawk+ (the UI Libraries catalog).