Yesterday’s Reuters headline below, with projected tablet sales through 2015, makes a good compliment to a graphic in an article I wrote last year, which also targets 2015 — Saying that’s about when mobile devices (including tablets) will overtake desktops. So I’m mostly just juxtaposing these two graphics below, followed by mention of a library connection. First, the Reuters headline: … And the graphic from my earlier article on libraries and mobile: 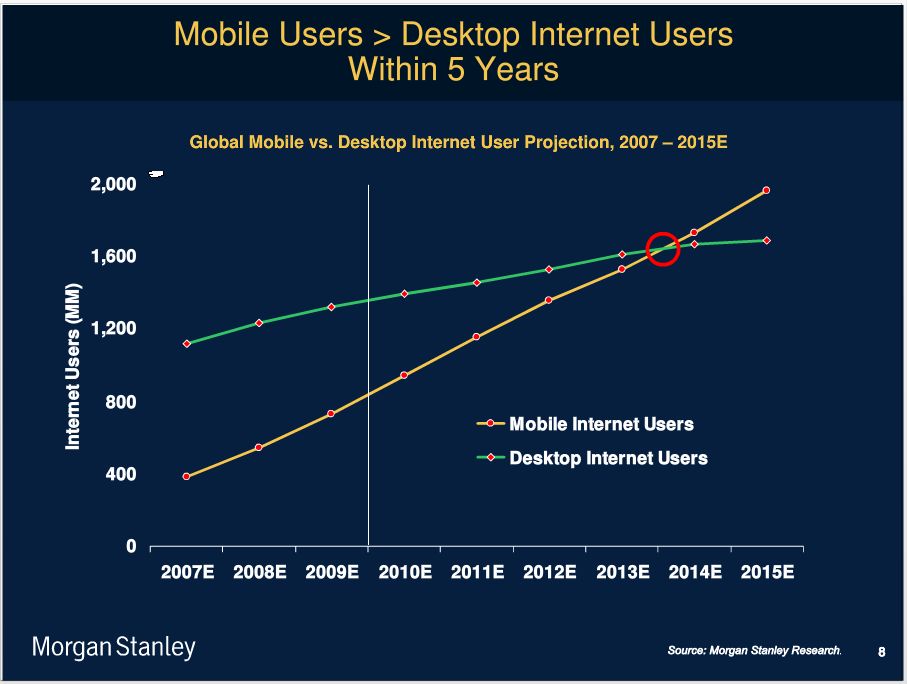 From my Twitter watching, there seems to be relatively little discussion of the iPad in library circles, compared to other fields. With the exploding use of them, we in libraries need to pick up the ball!