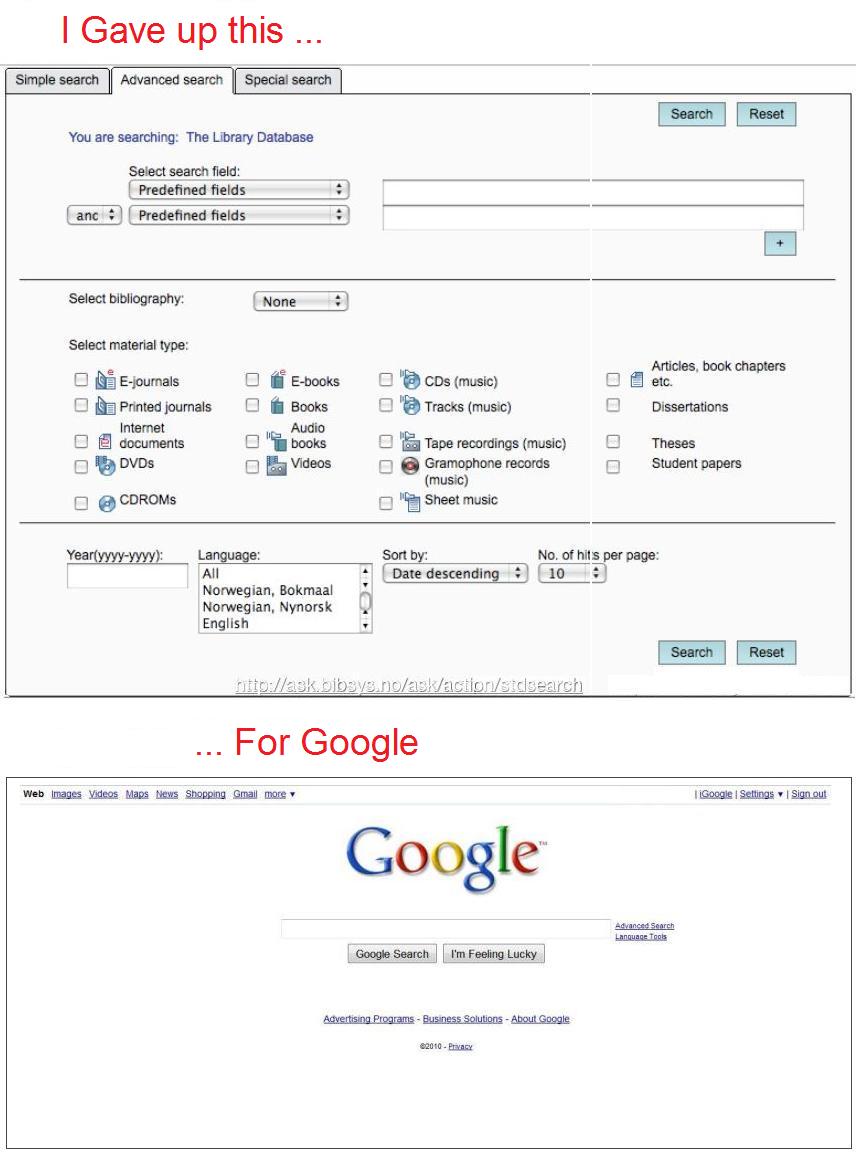 In a presentation at the recent Emerging Technologies in Academic Libraries (#emtacl10) conference in Norway, Ida Aalen challenged librarians with her talk I’ve got Google, why do I need you? – A student’s expectations of academic libraries (SlideShare | PDF). Aalen is a media & communications graduate student at the Norwegian University of Sci&Tech, the site of the conference. Several of her slides were good, but the one I liked most is the one at left “I gave up this …,” a screenshot of an overly complicated library catalog interface that she contrasts with Google.

Aalen’s slide especially caught my attention because it resonates so strongly with my recent article and graphic that makes the same contrast between the simple interfaces of Apple and Google and the busy interfaces of library catalogs.

Seeing the similarity of Aalen’s ideas and my article, I’ve changed the second slide in the sequence at left, to highlight the contrast between the simple Google interface and complicated library interfaces. The top part of the graphic (I gave up this) is pretty much the same as Aalen’s. But in the slide following (For Google), she had an advanced Google Scholar search screen. I think substituting the simple Google search home screen as I’ve done captures the spirit of her presentation (and certainly its title!).