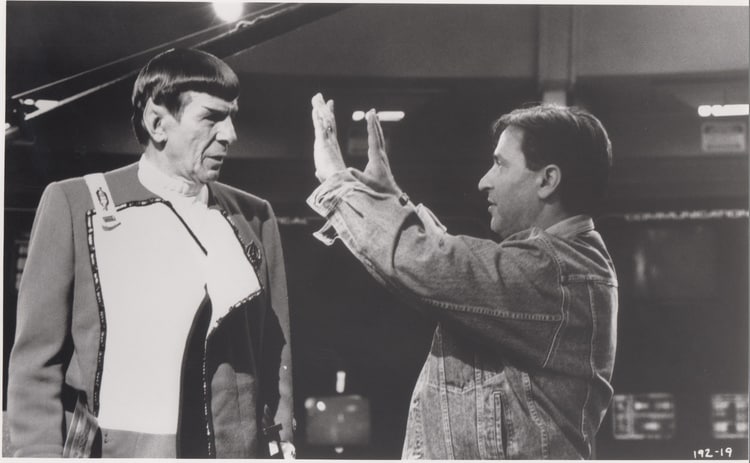 The UI Libraries is pleased to host Nicholas Meyer, who will make an appearance as a guest speaker in conjunction with the Main Library Gallery exhibition 50 Years of Star Trek.

A long-time Sherlockian, Meyer’s writing prowess led to a best-selling novel, The Seven-Per-Cent Solution: Being a Reprint from the Reminiscences of John H. Watson, M.D.  The novel, crafted by Meyer in a style faithful to the original series, follows Holmes through cocaine addiction and recovery.  Meyer received an Oscar nomination for his screenplay of the novel.

Meyer will deliver a brief talk, titled The Last Man To Understand Anything. There will be a Q&A session afterward.

The event is free and open to the public. RSVPs are appreciated. http://bit.ly/UI-LIB-Meyer